Tiffany Rochelle, also known as Insane Roots, is an Author, Artist and Consultant with a degree in Psychology from the University of Washington. Her hope is that her writing will help bring those struggling with similar toxic family dynamics, depression and/or anxiety together and more importantly to raise awareness of just how many people suffer from mental health issues, but are afraid to divulge them out of shame and humility. It took her a long time to gain the courage to speak up for herself and she knows she is not alone. The time has come to shed the shame surrounding anxiety and depression and find pride in having survived it. Even if you still suffer from it, every step you take forward, is momentum to be proud of.

Born in Pennsylvania in 1982, the first and only daughter (she thinks) of a very misguided women living under an assumed alias since before I was born. For many years this was something she was ashamed of and tried her best to keep hidden from the world. Until one day, she decided it was a story worth telling. After all, if it helped just one person feel as though they were not alone, it was worth it.

In 2016, she worked with Morgan James Publishing to release the first in a series of memoirs recounting her chaotic upbringing, entitled, “Insane Roots: The Adventures of a Con-Artist and Her Daughter.” The second installment, “Insane Roots: The Missing Pieces”, will be completed later this year.

On the four year anniversary of her first release, she published a creative anthology, titled, “The Poetry of Emotion,” available exclusively on Amazon. Combining a love of photography and poetry, she takes a deep look at the emotional roller coaster of depression and the strength it takes to overcome it. Written loosely in the stages of grief, this collection of poetry, images and sound advice, share a glimpse at the inner struggles of a child left behind, still searching after all these years for the desperately needed reassurance and security that had been taken away so long ago.Inspiration comes from a variety of places and it is different for everyone. For Tiffany, it is the darkness. It is what has fueled her writing and art for as long back as she can remember and it has allowed her to create something beautiful from a life of tragedy and despair.

Thank you for your support!~ Tiffany Rochelle 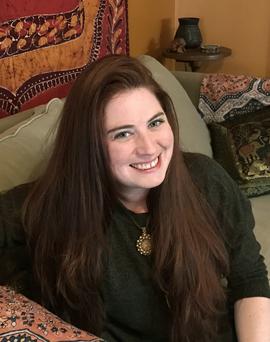